Perseverance Is Her Story

Yui near her home in Jatujak.

Yui’s university classes started at 8 in the morning and ended at 4 in the afternoon. Work started at 6. Sometimes, her shift would be just a few hours. Other times, Yui would be at the 7-Eleven until 2 a.m. Then in the morning, back to class. Depending on the day, she’d also make the time to take her grandmother to the hospital for hemodialysis, which was needed three times a week. “I was very tired,” Yui says. “I felt discouraged, depressed, stressed. But I didn’t lose hope.”

It’s February 2015, and I’m sitting at her home in the Jatujak community in Bangkok. Yui, 21, is actually a nickname. Her first name is Pairin. She tells me how she had found ways to cope. She’d read manga (Japanese comics), talk to friends and listen to rock music. “I am happy that you are here today,” she says. “I am glad that I can tell you my story, because telling you my story also encourages me. Telling you about my hardships, my pain, is relieving.”

She no longer works at the convenience store, and a few months earlier she finished her degree in finance and banking studies. Her reaction to earning her degree is understated. “Life as usual,” she says. But don’t be mistaken: Yui was happy. I could understand her anticlimactic reaction—she had worked so hard and still, there was more to do—but I disagreed with her assessment.

Yui had recently passed on a job at a bank and was now waiting to hear back about another in the finance department at a Thai brewery. She was hopeful about her prospects. Why she wanted one job over the other came down to two factors: location and hours, both favourable at the brewery, which would allow her to continue to care for her 70-year-old grandmother, Ampai.

Yui’s parents separated when she was born and she has lived with her grandmother ever since. Yui’s uncle, his partner and his daughter also live at the home. But caring for Ampai, who has struggled with several illnesses, including diabetes and failing kidneys, has mostly been Yui’s responsibility. Thankfully, her uncle has a job that covers the majority of Ampai’s medical expenses.

My own grandma had hemodialysis when I was young. My family took care of her; although it was a group effort, my mom did the majority of the care. The countless appointments and worries can be overwhelming. I always admired my mom at how she carried on during those years, and I knew that what Yui had managed, caring for her grandmother while attending university and keeping a job, required extraordinary effort. But I had no doubt about her strong feelings for Ampai. “I love my grandmother very much,” she says. “I don’t want to leave her by herself.”

While Yui grew up, Ampai was the family’s breadwinner. Yui’s grandfather died soon after she was born, and to support her, Ampai worked as a street sweeper. So yes, hard work runs in the family.

Yui and her grandmother at their home.

Also while growing up, Yui became sponsored by a Canadian through World Vision’s sponsorship project in Jatujak. Before her granddaughter’s sponsorship began in March 2006, when Yui was in Grade 7, Ampai wasn’t earning enough to buy Yui’s school supplies, uniforms and books. That changed, and in more ways than just materially speaking: Yui learned. She participated in educational field trips and day camps. She took part in leadership and health workshops, including one about HIV and AIDS that, too, changed her life.

It is never easy to speak with someone about health issues, and when I share personal information about someone or her family, I always ask for permission, which Yui gave me. In 2009, Yui’s father, Ampai’s son, learned he was HIV-positive. This news scared Yui. Her knowledge about the disease was limited and her father’s status strained their relationship. Two years later, in her first year of university, Yui attended an HIV and AIDS workshop held by World Vision. It was a revelation. “When I received the training, I learned how to live normally with my father, how to spend time together,” she says. Her fear went away and their relationship improved. She says she is now close with her father and that their bond has been renewed. (World Vision has also supported Yui’s father with medical assistance.)

In all her time as a sponsored child, Yui stayed committed to her education. She desires a job so she can support her grandmother, and she dreams of paying off a school loan and buying a home that sits on non-government-owned land. Through her sponsorship, which lasted into her first year of university, Yui, participated in a bachelor’s degree project that paid for her books, uniforms and some home expenses. “I want to thank the sponsor for giving me an education,” she tells me. But I know that as much as she has received, Yui has already matched, and in many ways surpassed, it in her own efforts.

In her last years of schooling before university, Yui had taken a vocational course in accounting where she learned about the stock market, which sparked her desire to earn a banking  degree. Just as she has never invested in the stock market looking for a quick buck, she earned her success with perseverance. Not easy to accomplish, and impossible not to admire.

This article was featured on worldvision.ca 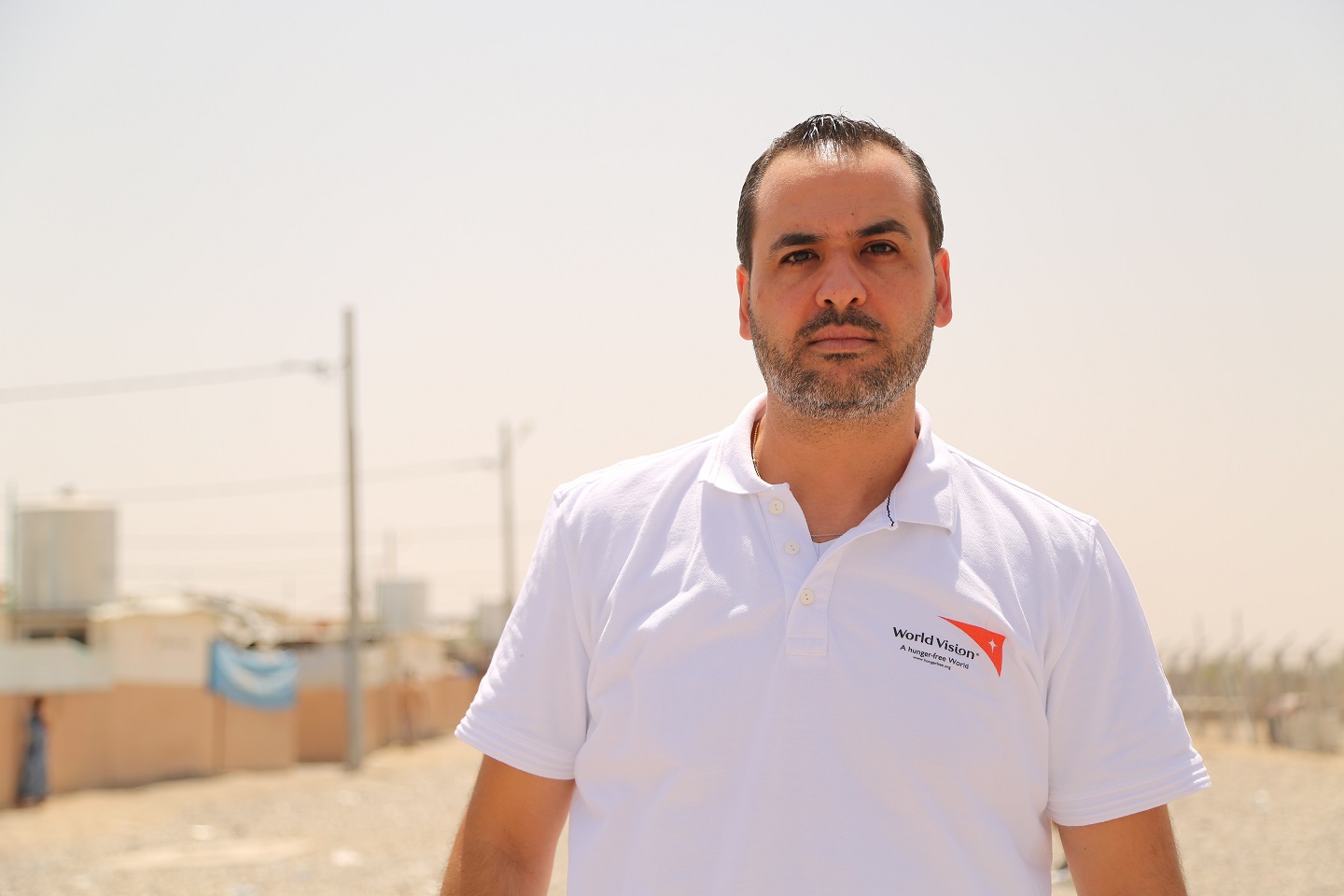 Khalil is from Lebanon. As a boy he was displaced by conflict and now works as World Vision Iraq’s Response Manager.