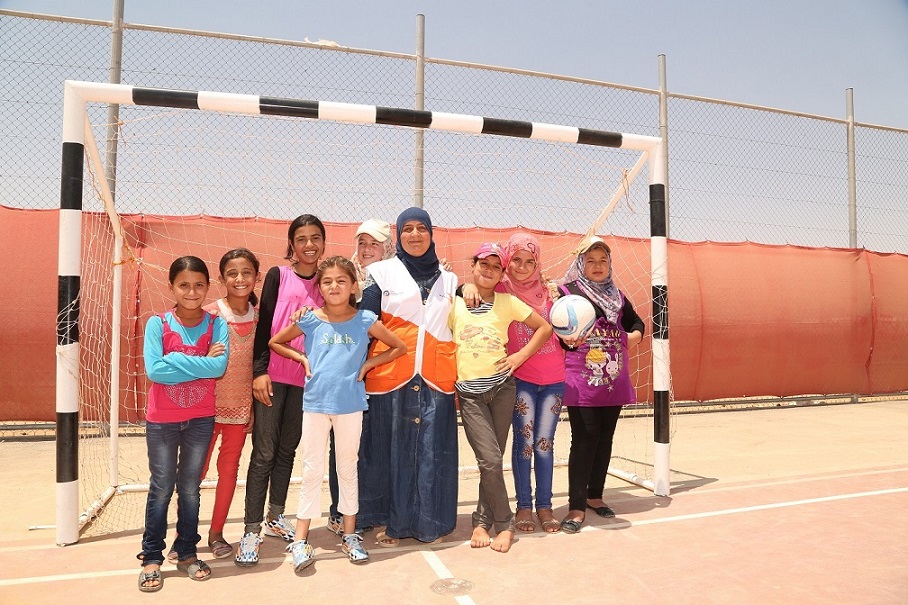 In November 2015, coaches from the English Premier League travelled to Azraq Refugee Camp in Jordan to train thirty-six people from several humanitarian agencies, as well as a number of Syrian refugee volunteers, in how to coach football. The coaches are now using what they learnt on a regular basis to teach Syrian children football skills. Playing sport in the camp gives children the opportunity to stay active, have fun and make friends.

26-year old Raja is from Dar’a, Syria. She has a 2-year old daughter and a 3-year old son and has lived in Azraq refugee camp for two years. She has been a football coach in the camp for about two months and shares her thoughts on girls given the opportunity to play football.

I find it extremely beautiful that the girls are given a chance to play football! I used to enjoy playing football back in Syria. I liked football more than any other game as a girl. Here I enjoy teaching the girls. I feel like they are my children.

I will talk to parents who don’t want their girls to play and explain the importance of playing. I tell them that people and strangers can’t see into the girls’ pitch and sometimes after I talk to them they send their girls to play football. Many families in the camp are very conservative so it’s important for them that the girls have privacy when they play.

Advocacy, Blog Thoughts / Talks, Emergency / Relief, Together For Every Child 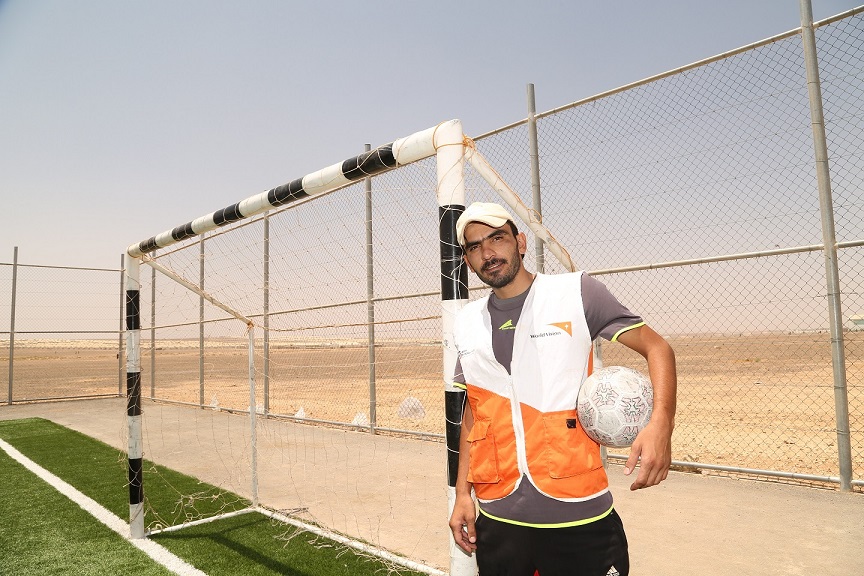